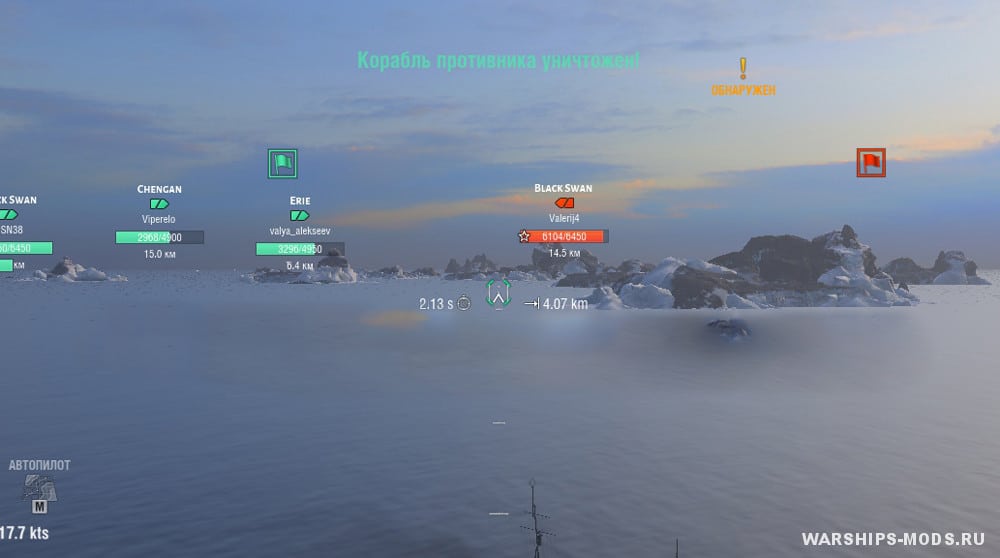 While the foreign developer makes Player Statistics, our modeller Monstrofil decided to create the XVM Olenemer for World of Warships. Many players have been waiting for this mod in the ships, because it will help determine the skill level of your opponents and allies, reveal the “deer” in the team, and so on. XVM stands for eXtended Visualization Mod (roughly “extended interface”), XVM itself for World of Warships does this, then you and the information about who is in the light, who is out of it, displaying the HP strip of ships in the “ears” , varied statistics about each player in battle.

The list of XVM functions
Shows the percentage of winning players
Displaying player rating by Proships
HP players display in ears
Light bulbs in ears
The log of damage, displays the total damage + shows which ships how much damage was done
Another log below shows which ships dealt damage to you.
Clock in battle

Installation
Select the option you want and copy the contents to the World of Warships \ res_mods \ 0.8.4.0 folder