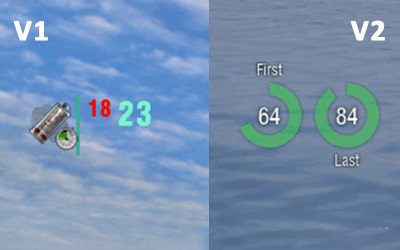 Installation
1) Select the desired option and copy the contents to the World of Warships / res_mods / 0.7.11.1 folder
2) In the game settings turn off the display of the smoke screen timer