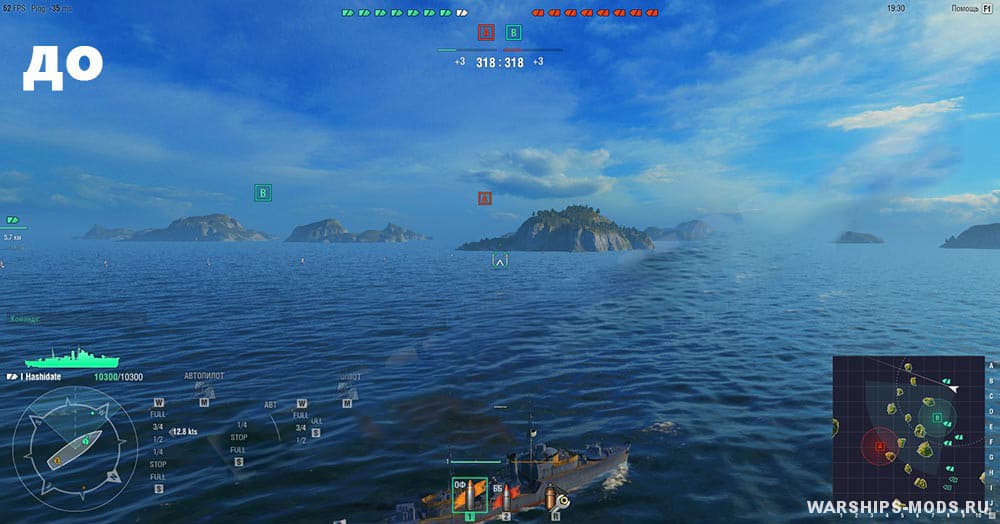 Installation
Select the option you want and copy the spaces folder to World of Warships / res_mods / 0.9.0.0