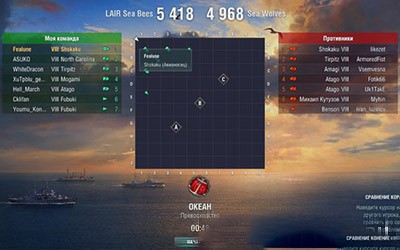 Also now you can hover the mouse on any ship on the map and see the player’s nickname and information about the ship, which will be useful for players who play in the clan, because it allows you to think through the tactics of this battle.

Installation
Copy the contents of the archive to the folder World of Warships / res_mods / 0.8.2.0