Multi-server client of World of Warships 0.8.3.1 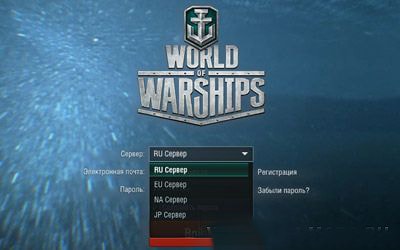 Multi-server client of World of Warships 0.8.3.1

The mod will allow you to play World of Warships on other servers without pumping a client. Initially, when you start the game, you have only one server (for the CIS, the game client is the RU server), with this mod you can choose which server to play on, here’s a list of them:

But when playing on foreign servers, it is important to remember some points.

For each server Wows need a separate account
If the RU server is updated, and for example the EU is not there yet, then you will not get there, since there will be a difference in the versions
It is possible that your ping on other servers will be high (although some players have lower EU ping)
There are very few players from the CIS
To view the ping, use the program Wows pinger

UPDATE: Recently, it has become very difficult to change the server, because the clients themselves have become somewhat different. And in order not to write a large and complex guide to change the region, we decided to post a small program from AutoSpy in which it will be possible to change the region literally in a couple of taps.

PS: The author also recommends using the modification All ships in the development tree to solve the problems associated with an empty tree. And if you want to learn ping on different servers, then use the program Wows Pinger.

Installation
1) Unpack the archive in the folder World of Warships
2) Run the WOWSRealmsTool.exe file and select the desired region, then click “apply”