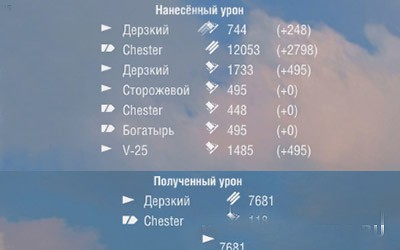 UPD: New version of the Damagometer, works without the scripts.zip file, which means it does not break any rules now. The mod has been completely rewritten, the appearance has slightly changed.

Installation
Transfer the contents of the archive to the World of Warships \ res_mods \ 0.8.5.1 folder