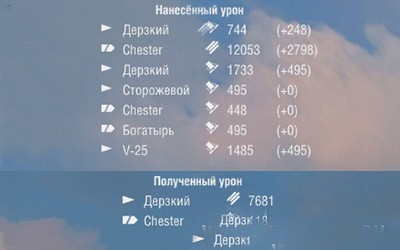 Installation
Transfer the contents of the archive to the World of Warships \ res_mods \ 0.7.11.1 folder