Combat protractor for World of Warships 0.7.11.1 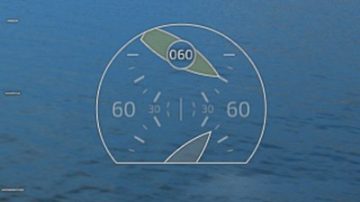 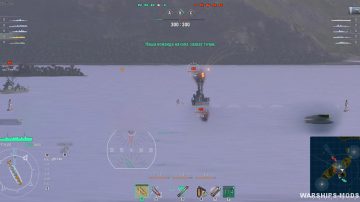 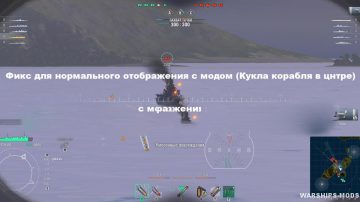 Combat protractor for World of Warships 0.7.11.1

Mod “combat protractor” is a truly useful modification for World of Warships. All that the protractor does is (as the name implies) shows the angle relative to your ship and the enemy ship, which gives a very significant advantage in the WoWs battle, because knowing the angle, you can easily calculate the advance.

Combat protractor works very simply, you need to catch the target, as it appears next to the scope and displays the angle of the target. Especially useful, this mod will be in combination with sights that have aiming angles, for example, “Spider”, “R3D”, “KRAKEN” and others.

Since initially the protractor is displayed in the same place as the ship’s doll (If you use the Doll mod in the center), we added a small fix that transfers the protractor to the right of the sight. But you can always customize its display in the config. To do this, open the navigator.xml file located in World of Warships / res_mods / 0.7.11.1 / alt_hud and there indicate the offset of the protractor from the center of the screen navigator x = 0 y = 150.

Installation
Copy the contents of the archive into the folder World of Warships / res_mods / 0.7.11.1

Note: The mod uses the battle_elements.xml file. For compatibility with some mods read the mod registration guide.